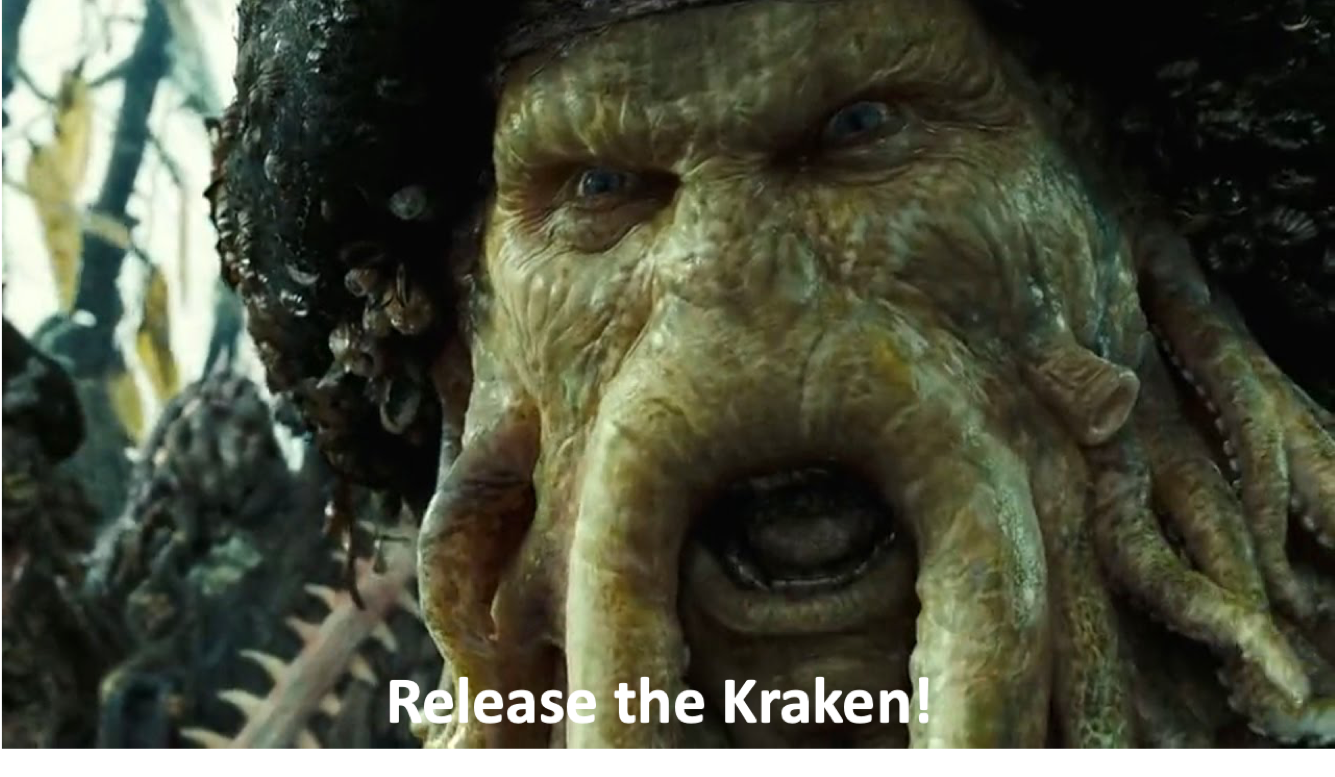 After the Kingdom beautifully executed plan to attack The Spigot with a righteous leg day followed by a running challenge to secure the Ghost Flag, a plan to recapture the flag was almost immediately agreed upon and moved to action.

A battle plan was developed, the oars were manned, and 14 Spigot Pax set off on a journey of plunder and triumph. The plan was simple: arrive early, plant the Spigot flag in full view as an ominous foreshadow of the events to come, and perform a hostile takeover of the Q.

As we sit on the eve of the Spigot launch, kudos to the Kingdom Pax for showing us the way. The Kingdom PAX has embraced the #giveitaway mindset.

The Kraken (aka The Thang)

YHC recently was challenged with his next role within F3, a TRUEbadour. TRUEbadours are culture builders who help spread the truth of F3 within the Nation. Essentially, we are charged with ensuring the Pax understands the 3F’s (Fitness, Fellowship, and Faith) and the regions are supporting the 5 Core Principles (Disruption, Language, Group, LDP, and Preparedness). Preparedness encompasses the typical Q Source materials (Get Right, Live Right, Lead Right, Leave Right), however I don’t see as strong focus on the other 4 principles. I’d issue that as a challenge to the AO Q’s to also cover those.

For this dig in, YHC wants to bring up the Group Principle. Specifically a study of a Lizard, Bullfrog, and a Leach Organization. As a reminder, an Organization can exist within a Community. An organization is when 2 or more gather to achieve the mission of the Community. It could be an AO or even a group of individuals within an AO.

A Lizard is an organization that seeks change through movement. Its leaders are forward thinking, disruptive, and visionary. In fact, a Lizard’s leaders are often thinking out beyond the Organization’s vision. There are very few Lizard Organizations.

The PAX has heard YHC remind them that every man in the BOM is a Leader regardless if he holds a position. These maybe challenging words for us, but YHC sees all three types of Organizations within the F3 Katy and F3 Houston Community. It is easy to find them, when you look through this lens.

YHC challenges ever PAX to take a hard look at themselves, even ask their Shieldlock for a candid review. Is the Pax living off the energy of others by trying to drag them down, discount their achievements, generally afraid of any change, like a Leach? Is the Pax comfortable with how things are, focusing on maintain status quo, not growing, like a Bullfrog? Or is the Pax asking more of those around him, charting a new path, leading innovation, a visionary, like a Lizard on the move?

Time to have a candid conversation with yourself and your Shield Lock. This is on the Warpath to self understanding and growth.

Your BOTG on the Warpath