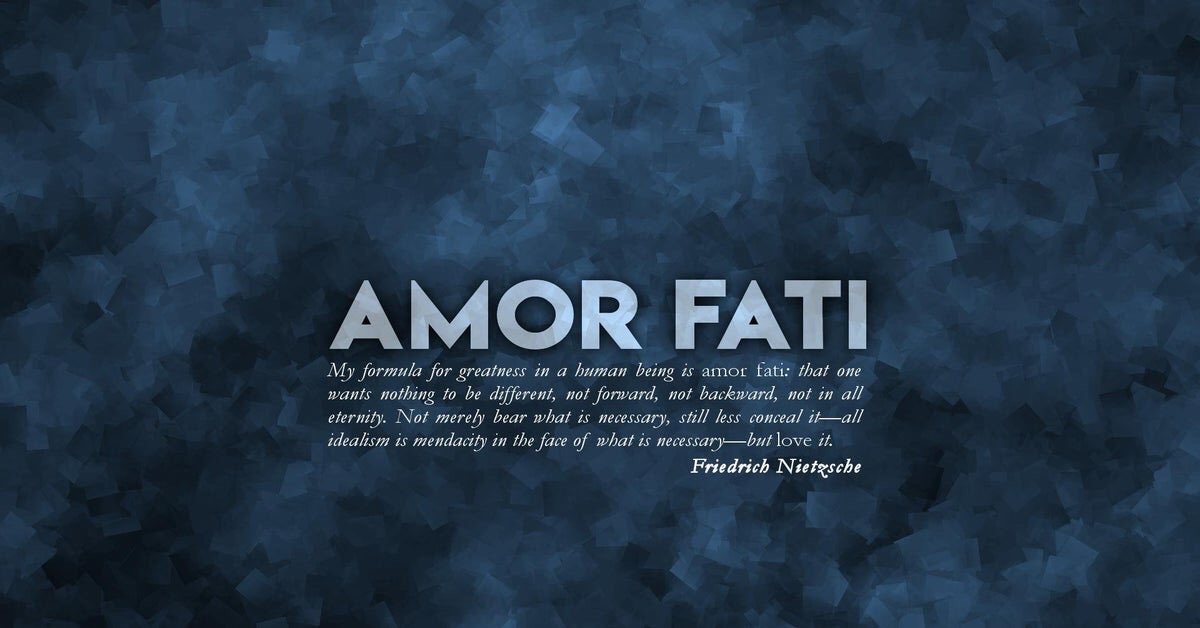 That is the guiding principle of The Spigot. Amor Fati is a stoic principle that directly translates to “Love thy fate”, but the meaning is much more nuanced. It is to embrace your fate as if you chose it yourself. To embrace the challenges, no matter how painful they are, because we know we will be better for it.

The latest F3 Katy AO (Area of Operations) launched today, known as the Spigot. The Spigot started on a terrible piece of scorched earth at the end of KY’s (aka YHC for the Intro) cul de sac, plagued with a bare dirt road and stiff grass. The wind didn’t stop, it was uncomfortable, and working out meant you had a mouthful and nose full of dirt from the road. It is fitting that this is the genesis of the Spigot.

Soon the AO OG’s Tater, Prince, and YHC decided to move for fairer grass and away from the neighbors who had started to notice and comment about the heavy sandbag work sounds happening at 0500. We started to recruit some of the toughest PAX from the region. Then the pandemic hit, and the Spigot became a beacon in the night for those who were ready to chart a harder path and to embrace our fate regardless of where it took us. The OGs decided that the AO that was going to be built was going to be different. Not as a slight against the other AOs, but as a AO that had the highest of standards and had an absolute commitment to accepting all who were ready for the challenge no matter where they were starting from. An AO that had the strongest of Shield Locks. An AO that was not afraid to work hard, have hard conversations, and take on the hard tasks, all shoulder to shoulder with the man beside us.

Fast forward a pandemic and 18 months, the message is reverberating. The largest AO launch with the most FNGs. An AO with a bedrock of HIMs that are ready to take on any challenge set forth. An AO that is building the highest caliber leaders possible.

So you may ask, “Why Amor Fati?” Great question. Because the Spigot was born in hostile conditions, grew up in conditions that our current generation has never seen, and has matured to be ready to help Sad Clowns ready for the next chapter of society. Amor Fati means that you accept your fate for what it is. Not merely bearing what is necessary, but to love it.

Our current AO Co-Q’s are uniquely ready to take on this group of HIMs that never settle for what we achieved yesterday. Our HIMs are ready to accept any Sad Clown that is ready to find a better version of himself and be there every step of the way. Our AO is ready to continue to be that beacon in the Darkness.

And as one of those 3 Pax that stood on that hard piece of earth nearly 2 years ago, YHC couldn’t be prouder.

YHC leaves you with what he feels as the best representation of the Spigot. A single light with the tools of our training, surrounded by complete darkness on that original AO. Because that is where our fate lies. And we love it.

Disclaimer: Welcome to F3, I am not a professional.  Push yourself, don’t hurt yourself.  We are a free mens workout.  We have a phone and an EMT in case of emergency.

Robinhood introduced himself as the AO Q, and introduced KY for the start of the “Ode to the OGs.”

First up on the list is Tater.  He was not able to attend, but sent some words to share:

“Man I’ve drafted several things about how the Spigot was forged in a pandemic and took on the status quo while people sheltered in homes and on and on…..   then about our rallying ‘one more rep’ and how that’s a deeper meaning when applied to life and how at the end of our days we will all want one more rep.

But man, I can’t shake the feeling in my heart that I need to just sit this one out. The spigot was all of us and none of us at the same time. We paved that shit together and the Spigot is greater than one man.

Spigot changed my life for the better. The fellowship during the pandemic helped keep peace in my life and we seized the shit out of our circumstances and accelerated the 1F farther than I had before.

All I’ve got is thankfulness for that chapter in my life.”

Circle Up turns into a false endex.

Bullseye set the standard at 100 LBC IC.  We, as a region, choose to honor him by going up to 99 reps so we are not meeting or exceeding the standard set.

Vision of the Spigot: Everyone starts out at the six, and we always tell them it never gets easier, but you get stronger.  When I was the six at the Spigot there was a lot of encouragement, and pushing to get one more rep.  The push is what I needed to get stronger and faster, and now I no longer care about being first or the best, my desire is to make sure the six gets stronger, to make sure they are encouraged, and they feel welcome.  This isn’t just me though, the whole Spigot embraces this.  Our vision today is to focus on the six, and going forward we have the same vision, no matter what has been previously said about the Spigot.

Mercifully time was called and the pax were spared from any more of my ramblings.

Camo said a few words about the launch and vision for the future.

Ball of Man has been an F3 staple from the beginning, and during Covid we stopped this to socially distance.  We brought this back for our launch.  We respect those who wish to remain distanced, and we encouraged it and advised them to remain on the outside taking a knee.

Snow Cap led us out with a prayer in the middle of BOM.

As I reflect back on my time at the Spigot, and what resulted from us being in the shadows I am amazed to see how far everyone has come.  We took a bad situation and made the most out of it.  It was done through encouragement, going back for the six, sometimes tough love, and a million questions.

For me personally this has meant losing about 35 pounds, which equates to 2 pants sizes (38 to 34), a shirt size (XL to L, and probably could be a M), stopping my Asthma medications (yes that’s plural), and conversations with my doctor about taking me off or reducing my blood pressure medication.

Now, I have the chance to help those at the Spigot do the same thing.  Maybe they want to run a 10K for the first time, or they want to prepare for a triathlon, or an HTL, or Spartan races, or they just want to get rid of prescriptions, or have clothes that fit better.   Through my evolutions and leveling up at the Spigot my focus has gone from me being the best to getting excited about others going through their own evolutions and shattering their goals.  I look forward to seeing what goals get shattered by the six.

Looking over the AO this morning I thought about many mornings over the past year plus. The Spigot started for me when I lost my job in August 2019. KY, Prince, and Tater had just moved to our current position at the lake house. I needed to keep my spirits up so I’d get up and go work with those guys. Eventually I got a new job and went back to the Marathon closer to work.

Then 3 months later the pandemic hit, we were forced home for 14 days to flatten the curve…I headed back to the Spigot. We rode out the lockdowns in the gloom doing hard things. Then we sat at the back of the trucks while the sun rose having coffee and talking about life. By that time Full House was a regular, Waterboy started coming out, Sneaker would drive out from downtown and we started collecting a few FNGs like Vibram, Borat, and Beignet, and Liftkit was still fresh.

At that time Full House and I were the only runners in the group, but by the end of summer everyone could hold their own for 5 miles any day. #trainwhatyouhate

We started doing DD almost daily an hour before heavy drop and had some of the biggest gains in all areas of measurement. I went from 50 burpees in 5 minutes to a high of 67. I was rucking 50# ruck and 80# sandbag. Half marathon distance runs were common, 10K Thursday, 6 mile rucks under 90 minutes, and 12 mile rucks under 3 hours that’s life at the Spigot.

The launch was a day we struggled with for a long time. The Spigot operated in the shadows. Off the grid from formal F3, but still adhering to F3 standards. We dug in on the standards. Our goal was never to be an AO where you go to pump up your numbers and lie to yourself, but for each to deliver the hard truth. We all watch reps for our brothers and call them out when it needs to be called out. It’s done out of love and respect for the purpose we are each there. So we work hard daily to get better for life. To be prepared, to be defiant, and to push ourselves.